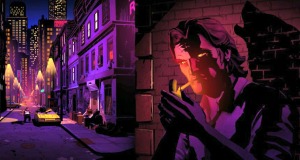 I love re-imaginings. I live in a time when it seams like all the stories that could be told have been, and even though I don’t believe that to be true, I still enjoy the fruits of such mindsets. Its easy to go online and find the original stories that sparked imaginations centuries ago, but not everyone has that kind of time. For many it is easier to just absorb the bare minimum of those stories and move on to the next shiny thing that gets our attention. I’m guilty of it plenty of times, as I kid I liked the harrowing tales of King Arthur, but never actually read the stories. This puts myself and many others in a unique situation of knowing just enough about a story for it to catch our attention, but leave us ignorant enough about the source material to surprise us. I distinctly remember growing up with a show on YTV in which Sherlock Holmes great great granddaughter goes around solving mysteries parallel to his old cases.

Do any of you remember Sherlock Holmes in the 22nd Century? That was another fun one. Its title explains the whole plot to.

It’s for that reason that a story like The Wolf Among Us caught my attention. It began as a series of comic-books that re-imagined famous fairy tale characters as being real and struggling to move on with their lives after being forgotten by the world. An episodic video game came out focused in Fable-town…in the Bronx. 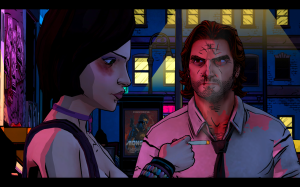 That’s right, you cant get much grittier than setting it in the Bronx. You follow the life of the Fabletown’s sheriff, Bigby Wolf. The same big bad wolf who huffed and puffed, and blew them all down. Now he smokes Huff-n-Puff cigarettes as he solves a mystery, and tries to make things right with fables who hate his guts.

This gritty crime noir with a taste of whimsy re-imagined countless fairy tales from Snow White and the Seven Dwarves to the Three Little Pigs. Having only a shallow understanding of these stories allows the player\reader to be surprised by obscure details of the original tale, if they are used, or be more accepting when liberties are taken with the source material. Its the feeling of something that once felt familiar becoming fresh and unexplored, or the stark realization that I truly didn’t know the story to begin with that draws me deeper in.

There have been so many times in my life when I come across a re-imagined story that I enjoyed. I am starting to think that there might be some ingrained rules or structure in how all this comes about. Whole books could be written about examining how stories get re-jiggered by writers. It might not be what story you retell, but how you make it your own that truly matters. Take Fate\Stay Night for example, this Japaneses visual novel borrows heavily from European mythology and adds new twists to them, such as King Arthur, who they made a girl in disguise.

It makes me wonder how deep the rabbit hole goes, and that these re-imaginings might be re-imaginings of re-imaginings. Or how crazy this cycle might get in the future. We already live in an age where anyone can type up fiction and upload it sans-publishers. Even if those stories aren’t viewed as on the same level as traditionally published material, they will have their own fan-bases and get re-imagined by them.

I Finally Join Steam Thanks to a Typing Game

I have always had a strange fondness for typing games, partly because of my love of video-games, and my conscious concern for my typing ability. With my recent adoption of the Dvorak keyboard layout, the need to improve my typing skills had become dire. I finally found a title that will keep me hooked for a while.

Typing of the Dead: Overkill.

END_OF_DOCUMENT_TOKEN_TO_BE_REPLACED

Completed Notebooks: Fossils of my Writing

I filled out a notebook yesterday. It always feels like I cross a memorable milestone when I take a blank notebook with 192 pages and completely fill it with ideas and stories. Even if the writing in it never sees the light of day, it still is a sight to behold. Every so often I’ve caught myself looking back at those pages. I get to see the beginnings of my stories and see how they evolved over time. They are fossils in the purest sense of the word.

A love that will defile the World: Saya no Uta (Song of Saya) Review

Posted on June 7, 2014 by Albedosrighthand

A story of insanity, murder, and a love that will change the world…for the worse. END_OF_DOCUMENT_TOKEN_TO_BE_REPLACED

Innocent Chit-Chat by Daniel O’Hare… A perfect title for a story balancing on a pin of  judgements & assumptions.

I think there is something so very enjoyable about taking a break from my own writing and enjoying a snippet of someone else’s world, completely created for you. I know I’ve said it before but honestly guys it really is therapeutic to take a break and read something else. Novels can be too time consuming for a quick break, but snippets of brilliance like this from new writers help them and help us tune our own styles. If only for inspiration, or if only to help other new aspiring writers… Take 5 minutes and have a read of ‘Innocent Chit-chat.’

I love being involved in the thought process of this character, seemingly bored and judging everyone and everything around him. The observations & assumptions make the story seem more life like…

The world is a desolate, inhospitable place, but the dwarves are a hardy race. They survive underground in sprawling cavernous cities, carving out a life for themselves from the stone. In this world the worst punishment is to be exiled to the surface. When a dwarf’s sentence is over they must return below ground when the Deepsound begins. These great bells will ring throughout the mountain and out into the lands around it. If an exiled dwarf can make it back home before the bells stop, then their crimes are absolved and they can live underground with their brethren again. If they don’t make it back in time their sentence repeats.

Bardan has been above ground for fifty years now. He has scraped a life out of the dangerous, antagonistic surface world. Deepsound has begun. The bells shake the mountain, welcoming all exiles back home…

But Bardan has forgotten about Deepsound, and those bells are ringing. When they strike fifty, all hope will be lost.

I’ve been reading too many classic lit novels. I was so deep into those stuffy old books that this whimsical story was a welcomed breath of fresh air I didn’t know I needed. Everything from Bardan’s struggles to survive, to the antics of his bear companion Alfred drew me into the story. I even grew strangely attached to a side character who’s sole goal started out as trying to steal food from Bardan, but quickly evolved to include conquering all of dwarfdom. This atmosphere only makes the final rush to the finish-line all that more intense as I burned through the end of the first part minutes before my shift at work started.

The book is split into two parts which both cover the same three days, but from the perspectives of Bardan, and another character. The second half does a great job showing the reader a glimpse into the dwarve’s life and history inside the underground city.
This was an entertaining read and I can’t wait to see more from this new writer, Brandon Carbaugh. This book helped give me hope that my own stories and books will be enjoyed one day like I enjoyed this one.

ALL HAIL HALF-BEAK, THE TRUE QUEEN OF THE BIRD DYNASTY

Oh boy is this crazy. The FCC’s spokesman Tom Wheeler spoke to the world about a week ago on a proposed Internet Fast Lane they will be offering. This would effectively make two kinds of connections: The ‘normal’ internet access and the faster internet access.  Unfortunately, because the FCC has no plans of building more servers and laying more cables, this means that instead of an extra fast lane for the internet, we would be seeing our ‘normal’ lane simply being labelled the fast lane, and others getting stuck with a lesser, throttled internet connection.

The fallout has been glorious…

This is a smack in the face to the concept of Net Neutrality and this hasn’t gone unnoticed. There have been many attempts to limit or control the internet, all coming with different labels or strategies, but all have been revealed for what they were. In response to the proposed Fast Lane, the FCC’s headquarters in Washington will see a big protest on their doorstep, and the web host that runs the FCC’s web sites and browsing needs (Neocities) have throttled the FCC’s connection to a paltry 28.8Kbps.

Neocities creator, Kyle Drake, winner of the ‘Coolest Last Name’ Three years running, had this to say to the FCC about their own bandwidth getting throttled,

“If it bothers you that I’m doing this, I want to point out that everyone is going to be doing crap like this after the FCC rips apart Net Neutrality,” he wrote. “It’s time for the Web to organize and stand up against these thugs before they ruin everything that the Web stands for.”

I made it to 100 Subscribers! Thank you all!

Posted on May 6, 2014 by Albedosrighthand It finally happened. It took just over a year, but I now have 100 subscribers. It’s a small number, given that I’ve seen blogs here on WordPress with subscribers that number in the thousands, but it’s a start. I feel all warm and tingly, if I wasn’t sleep deprived I’d probably be up and dancing around.

I’am returning the favor and giving out thanks to some of my subscribers that have caught my eye over the year.

cyanfour (I actually know one of these guys IRL)

Cristian Mihai, If anyone deserves to become a well known writer it’s this guy.

Reyek, this guy has some very interesting posts about the current state of gender politics and a definite must read.

Opinionated Man, This guy posts like it’s nobody’s business. If you want a blog that will have at least three posts a day follow him.

Sircritical,  I can tell this guy loves tabletop rpgs, and even though he’s new, he will have much to talk about in the coming months.

And last but not least, Dan, He was the magical 100th subscriber.

The Agony of a Lost Flashdrive

Posted on May 6, 2014 by Albedosrighthand

I know it is somewhere in my house, and that it isn’t truly lost, but god damn do I hate knowing that I have writing on it that hasn’t been fully backed up. It’s not even real terror that I am feeling right now but a ghostly apprehension that something bad might happen to it soon.

The worst part is knowing that I will find it in the dumbest place to.

Posted on May 2, 2014 by Albedosrighthand 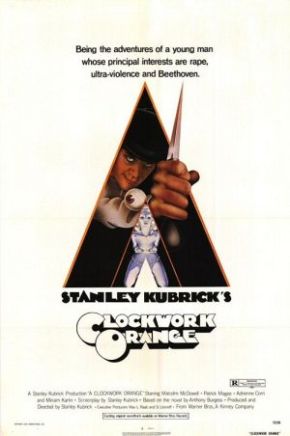 As I had mentioned in my last post, I had seen the movie for A Clockwork Orange years ago and enjoyed it. What I hadn’t done until last week was actually read the book that inspired it. Reading this book gave me more to think about than I was expecting. This book published just over fifty years ago made me think about internet memes. END_OF_DOCUMENT_TOKEN_TO_BE_REPLACED